General overhaul of an extruder spur gearbox in 3 weeks 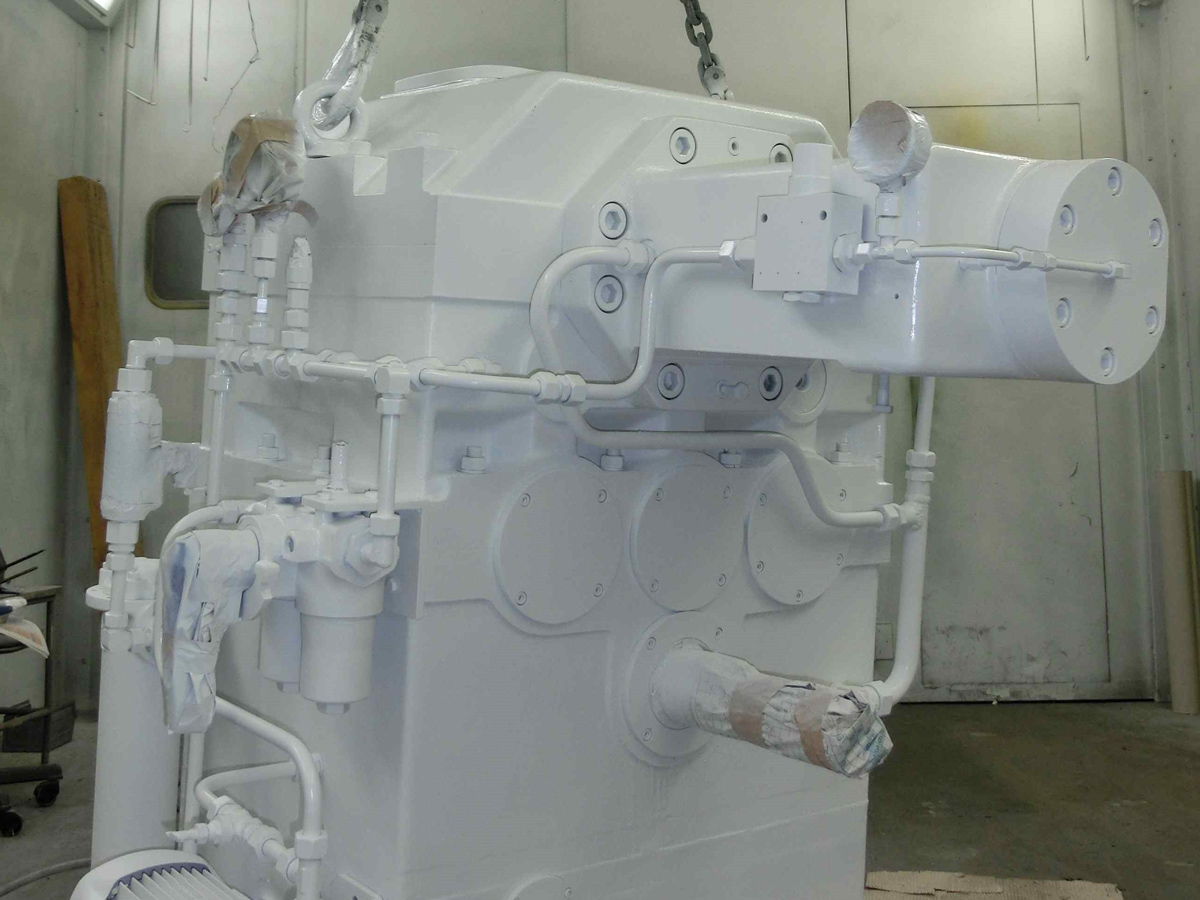 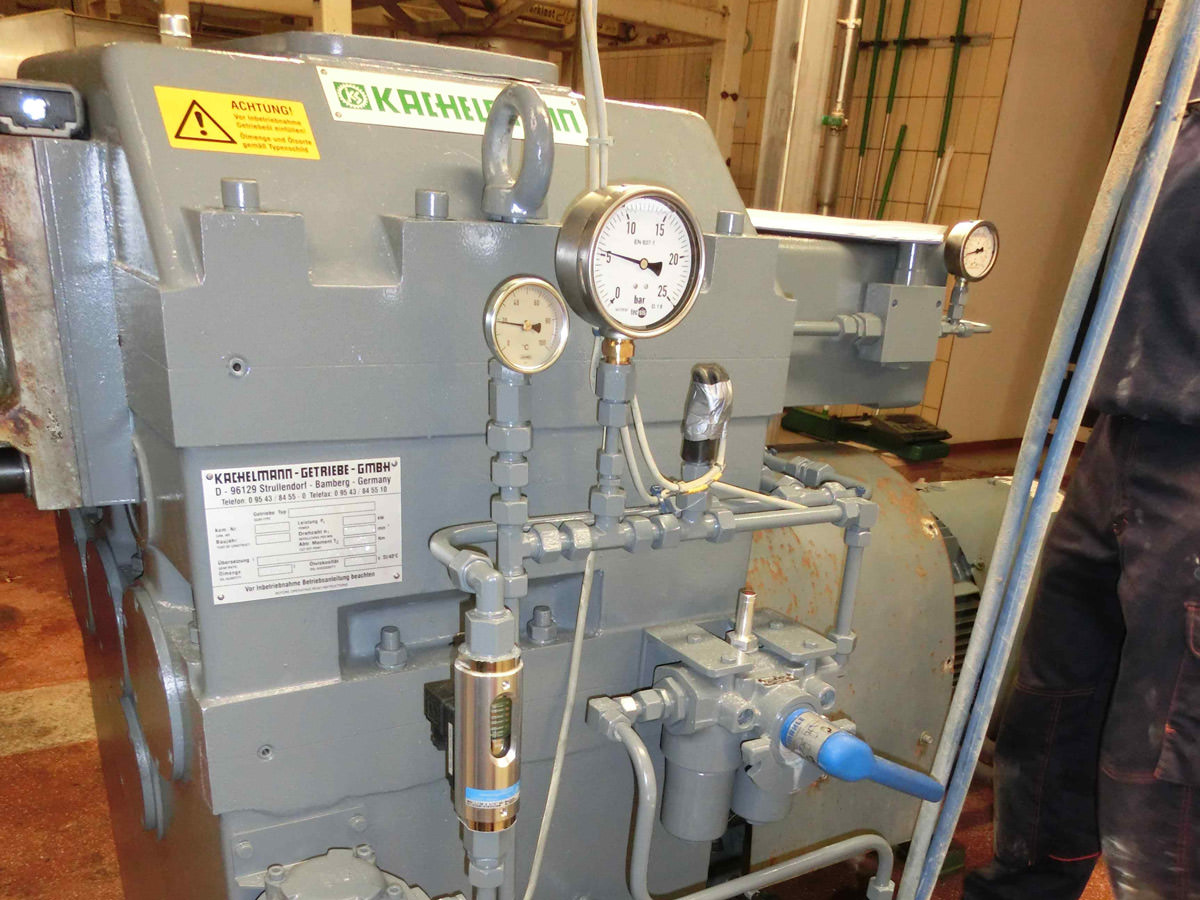 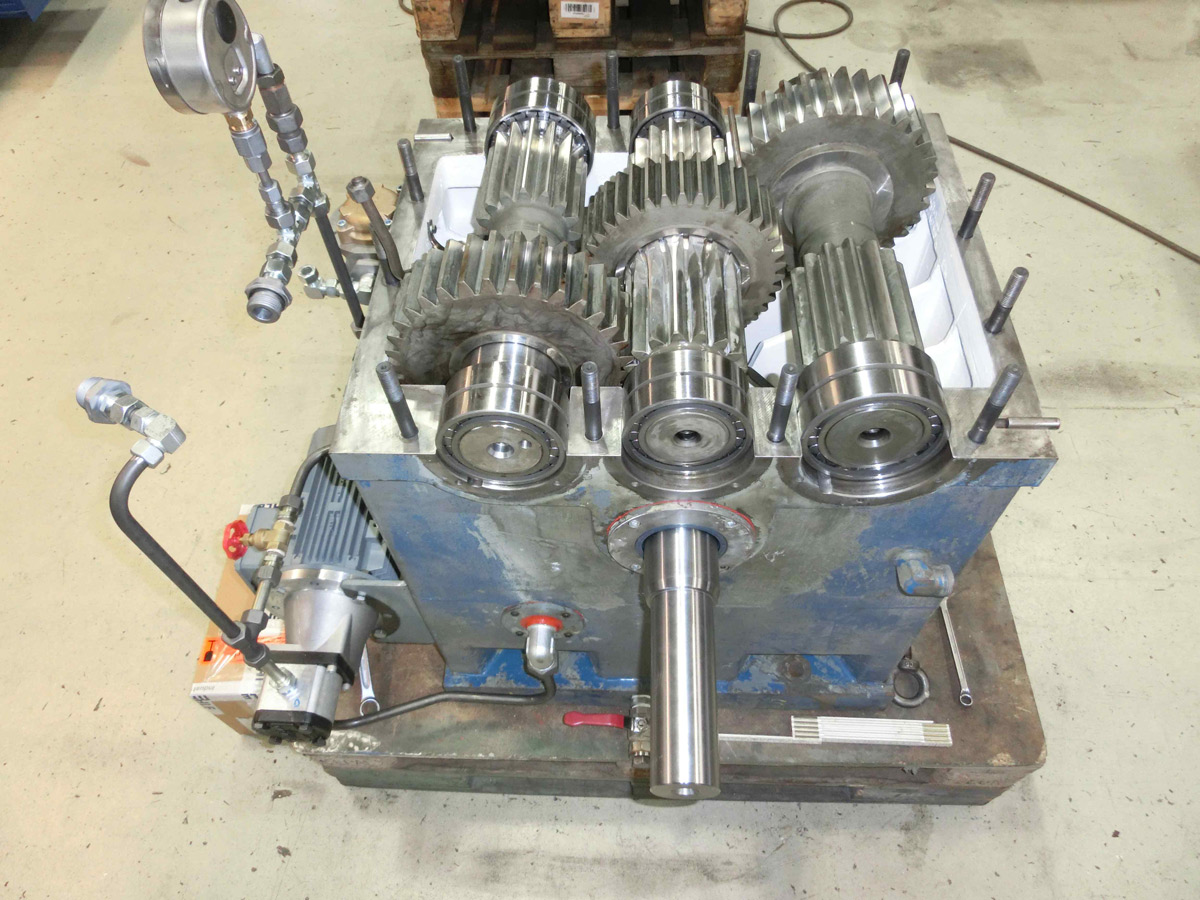 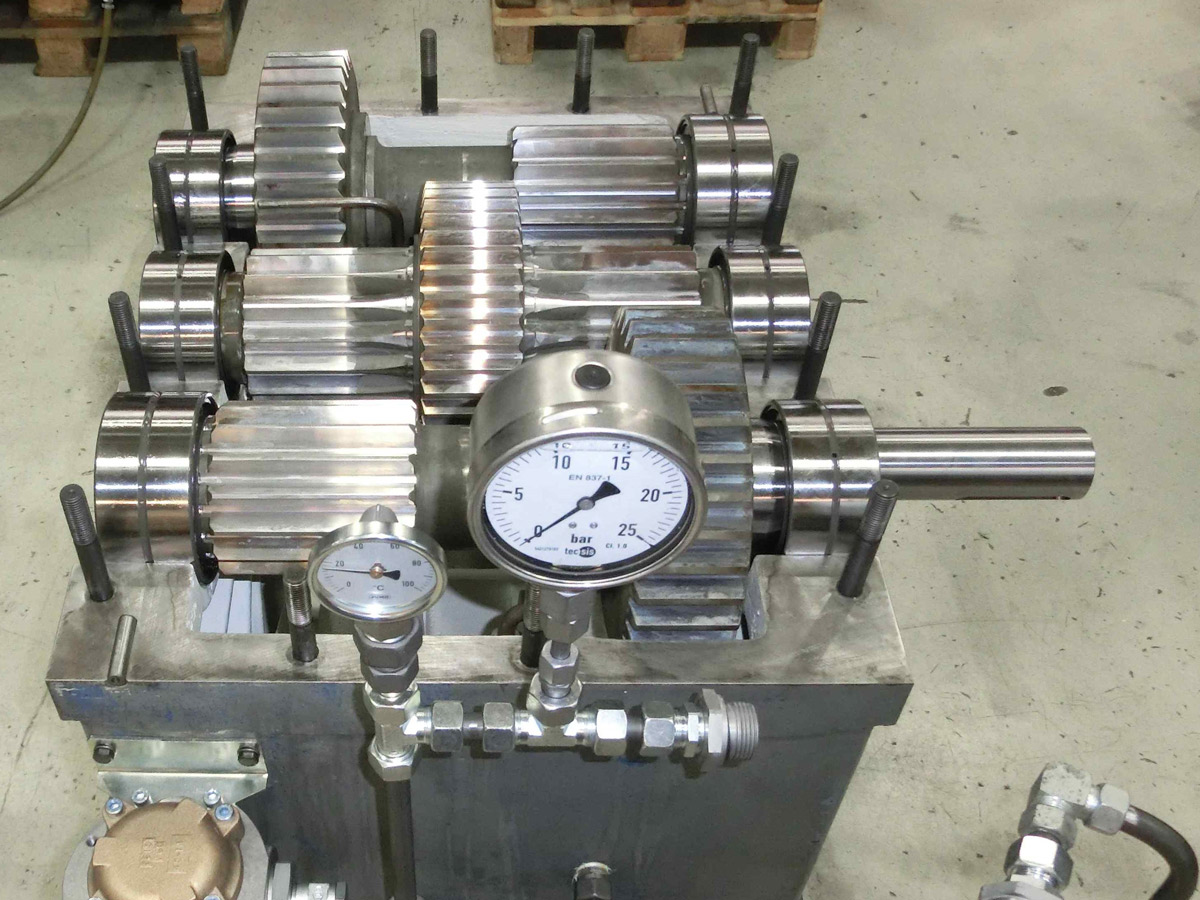 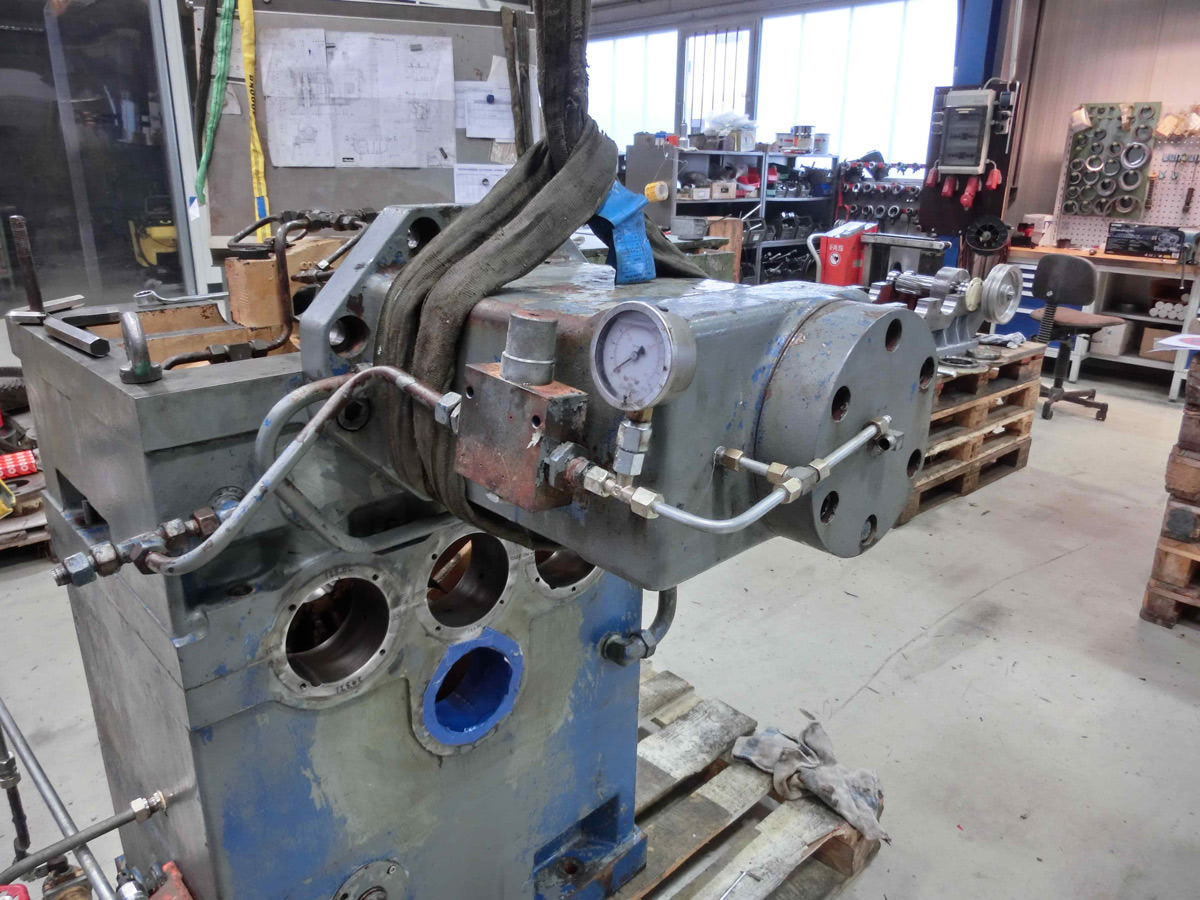 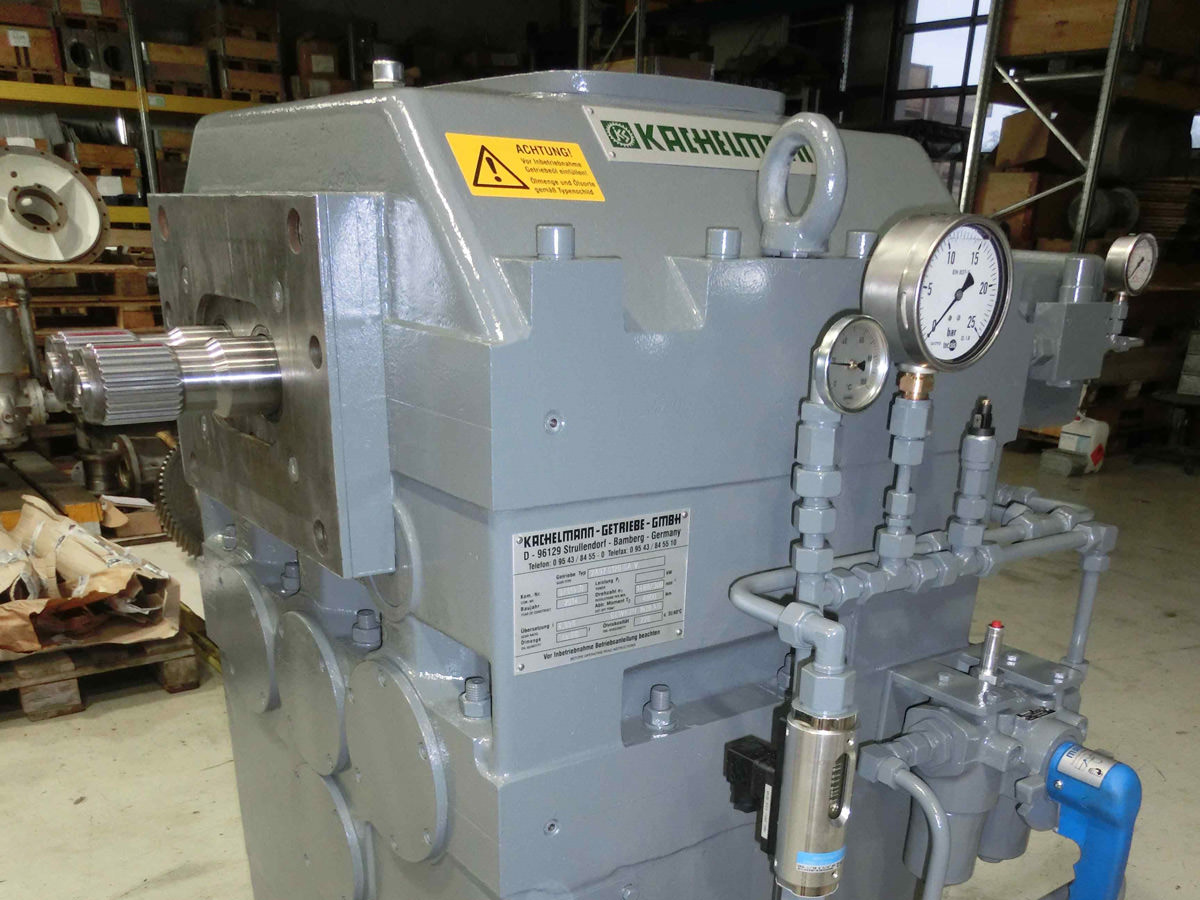 Initial situation: Defective gearbox due to bearing damage A Dutch manufacturer of animal food reported a complete standstill of his production line due to a gearbox defect resulting from bearing damage on a twin-screw extruder.

The customer had first sent the gearbox to a third-party company for repair. Due to a lack of drawings and the necessary technical documentation, our customer subsequently decided to send the entire gearbox for the twin-screw extruder to KACHELMANN GETRIEBE for repair. The gearbox is a KACHELMANN GETRIEBE extruder spur gearbox of the type 2 A97 C120Sa-V that has been in use for 35 years. The extruder gearbox was delivered completely dismantled.

The challenge: Costs of daily production downtime
Since valuable time had already been lost, the gearbox repair specialists at KACHELMANN GETRIEBE had to react particularly quickly in order to keep our customer’s costs from continued days of production downtime as low as possible.

The following findings were noted following the incoming inspection of the extruder gearbox:

The gearbox housing was sandblasted, all of the boreholes were denibbed, and one borehole was bushed out. The housing was repainted on the inside, too. All of the roller bearings including two tandem bearings and the sealing rings as well as all of the standard parts and screws were replaced. The lubrication lines that were still to be used had to be cleaned and checked to make sure that they were clear. Missing lubrication lines were added. The oil pump and duplex filter were replaced. The gearbox was assembled, the drive shaft was adjusted, and a trial run was performed. The gearbox was then given an undercoat and painted.

Services by KACHELMANN GETRIEBE
The extruder gearbox was completely overhauled/retrofitted and given a 1-year manufacturer’s warranty.

Once the gearbox had been delivered to the customer in Holland by a speedy courier driver, a KACHELMANN GETRIEBE assembly team assembled the gearbox in the plant again at the customer’s factory.

Having the gearbox installed by the KACHELMANN GETRIEBE assembly team means that the customer can rest assured that the gearbox will be optimally adjusted when incorporated into the existing plant.

Duration of the general overhaul: 3 weeks

After just 3 weeks, our customer’s vital production line could be successfully placed back into operation. 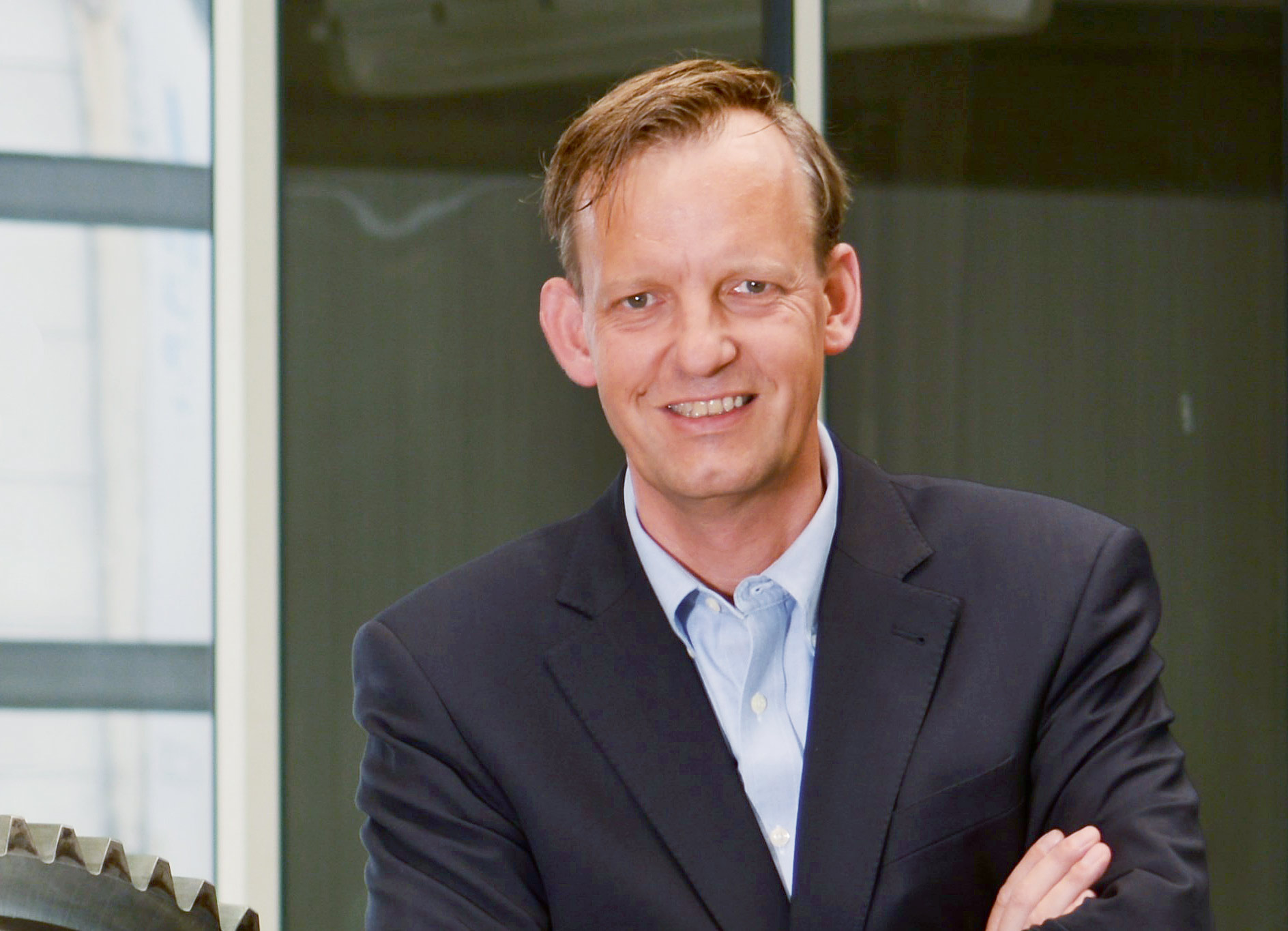