Industrialization on the Regnitz River – KACHELMANN GETRIEBE through changing times 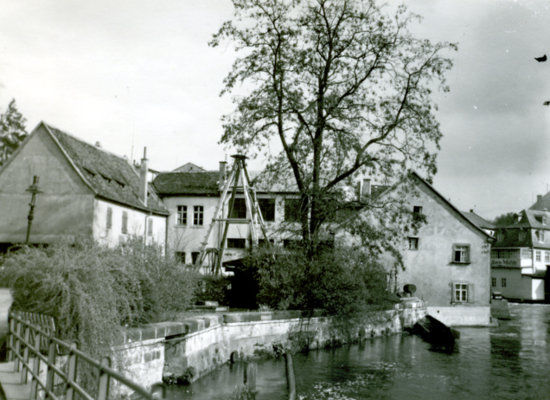 Industrialization on the Regnitz River – KACHELMANN GETRIEBE through changing times

On April 26, 2013 the Bamberg river walk received two new information plaques during the season opening of the new Bamberg ferry at Mühlwörth. At the lower mill a chapter of the Bamberg river history that previously got too little attention is pushed into centre focus: the significance of the Regnitz river for the industrialization of the city in the 20th century. Using the water power of the river at that time glasses were polished, crown caps and metal foils were fabricated, a pumping station for the fresh water supply of the mountain area was operated and current generated from turbines for the production and the public network.

An example of the development of handwork to industrial operation is the Kachelmann company, which moved from Jakobsberg to the Regnitz river in 1912 and is located in Strullendorf today. “This significance of the Regnitz river is virtually absent today, especially for the younger residents of Bamberg”, says Christian Kestel, who as historian helped with the contents for the text on the plaque and researched the company history for the Kachelmann company for their 120 year company anniversary the next year.

In 1894 Jakob Kachelmann (1868-1935) founded a metalworking shop on Jakobsberg specializing in tower clocks. With the move to the Regnitz river in 1912, the company concentrated on the manufacture and repair of gears for machinery construction. In the 1920s gearboxes, clutches and spare parts for automobiles and finally custom gearboxes for industry were added. The turbine gearbox built in 1948 for the hydroelectric power station at the Bamberg ERBA is the oldest Kachelmann gearbox in operation today. Needing more space, the company moved to Strullendorf in 1967. In 2010 the gates of the locks in Bamberg of the Main-Danube canal were supplied with Kachelmann gearboxes. The Kachelmann company, as one of the so-called “hidden champions” in the region, specializes even today in the manufacture of industrial gearboxes, which are used worldwide.