From a cathedral clock to custom drives

The July 9, 2014 edition of the Fränkischer Tag reports on the company’s anniversary 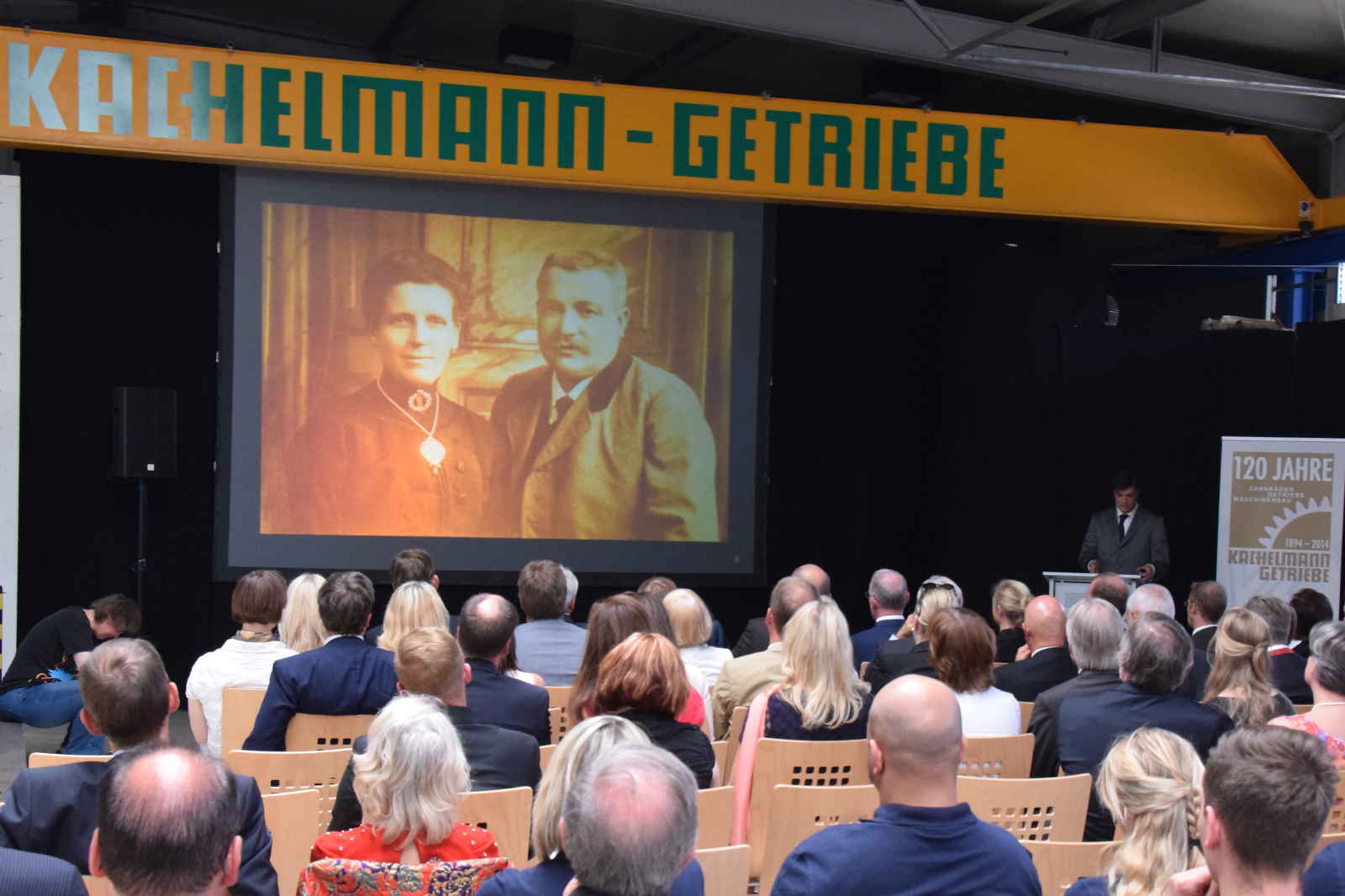 Strullendorf – In 1894, metalworker Jakob Kachelmann struck out on his own in Bamberg, thus laying the foundation stone for a 120-year corporate history. To mark the company’s anniversary, its managing directors Andrea von Wartenberg and Alexander Kachelmann von Colberg, the great-grandchildren of the founder, invited guests to a ceremony. The plan was to celebrate the anniversary appropriately with the company’s workforce as well as invited guests from the worlds of politics and business.

Economic historian Christian Kestel was commissioned to compile a fitting chronicle of the company. Karlheinz Kachelmann (born in 1938), the company’s senior partner, was able to contribute a range of details to the commemorative publication in his role as an important contemporary witness. In his celebratory address “From a cathedral clock to a wind turbine”, the historian virtually took those present on a journey through time. Guests were led from the modest beginnings of the company in the metalworking shop of the Bamberg castle metalworker Jakob Kachelmann to the construction of tower clocks – among other things, Kachelmann, as the cathedral chapter’s master of the tower clock, was responsible for the clock of Bamberg Cathedral – and finally to the company’s success as a manufacturer of custom drives for all industrial sectors throughout the world. He talked about how the company’s history has always been interlinked with the story of the Kachelmann family. This continues even today. Even times of crisis and the fractures in the company’s history were not omitted from the account. Rare film footage could be shown to a wider public for the first time ever.

The commemorative publication offers a profound insight into 120 years of economic and technical history. Furthermore, for many people from Strullendorf, the name “KACHELMANN” is still closely linked to their own personal and work histories. The company’s boom years – and the eventual liquidation of the company in 1994 – have left distinct tracks behind there.

Today, KACHELMANN GETRIEBE develops, designs, and manufactures custom drives weighing up to 20 tons. These form part of industrial applications in the chemicals industry, mining, surface mining, steel works, rolling mills, conveyer technology, hydroelectric power plants, and the foodstuffs industry. The company now has 25 employees again. The great-grandchildren of founder Jakob Kachelmann place a special value on a “slightly different” corporate culture and on the sound, individual training of apprentices. The customer base of this family-run company includes renowned plant construction firms and plant operators such as BASF, ThyssenKrupp ArcelorMittal, Continental, Deutsche Bahn, Henschel, Salzgitter Flachstahl, and the Port of Hamburg. 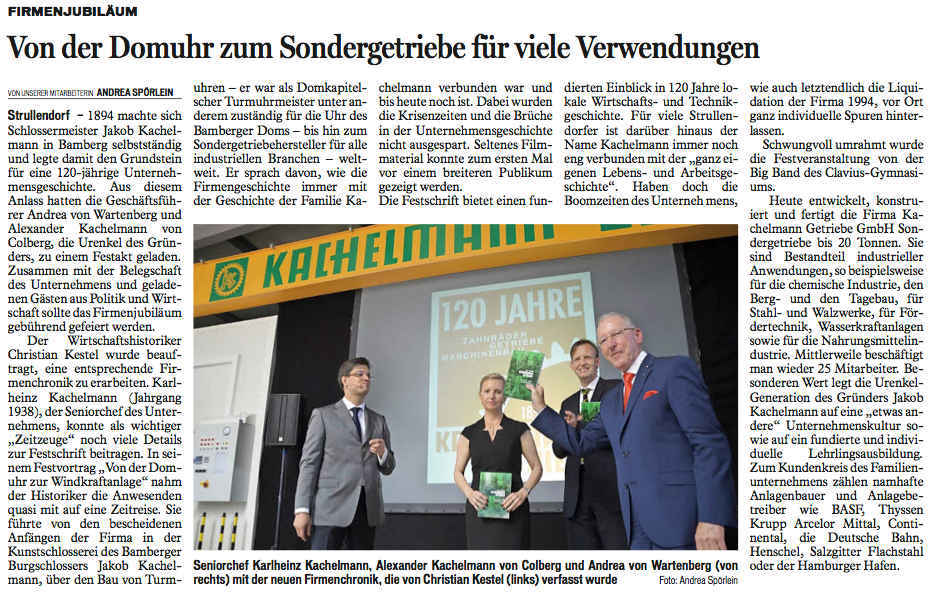